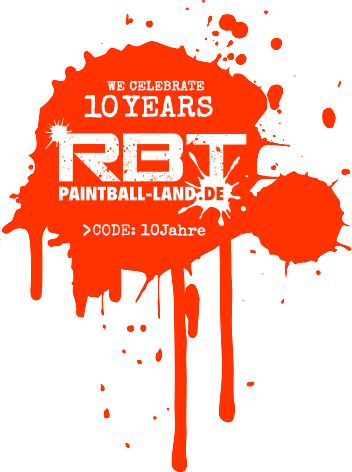 RBT Paintball-Land.de supports your team on the road to fame. With us you expect a competent support in all matters relating to technology and eqipment.

Both teams are at the base and the signal sounds. All players are after the breakout behind the coverage, long standing on the baseline, Dynasty runs into the snake, Avalanche is following as well, tipi side is released on both sides, Dynasty holds the snake, Avalanche goes through the tipi side and presses the buzzer, though Dynasty is still sitting in the bricks, ... applause from the stands, 4:3 for the Avalanche

Do you want to read only or be a part of this action? Then you've come to the right. We have a large selection at the best current video material which is available on the market. The way to the top is without these movies harder, so do not hesitate and buy...because you need to get an idea of upper class paintball.